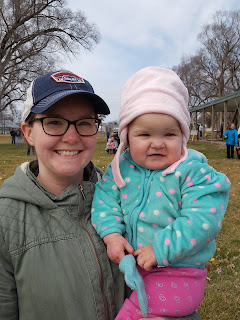 Hi! Just a quick update today. We had to make a trip back to the cardiologist this week because Ramona's Loop Recorder has been acting loopy. 😉 We didn't quite manage to hold off until our appointment in June, but 2 weeks certainly isn't our shortest run between visits, so we'll take it!

We got a call last week that her recorder had sent an automatic transmission (which means it automatically recorded activity within certain parameters programmed by the doctor, but we didn't observe anything that caused us to use her button to mark it and send it ourselves) that included 9 "events" during one day. For the one event they could read from the automatic transmission, they could see that it was double counting the beats, so it was saying her heart rate was 200 beats per minute when the doctor could see that it was really only 100. We sent a manual transmission so that they could see more of the data, and they confirmed that all of the readings were caused by the Loop Recorder being goofy, not by her heart doing anything it shouldn't.

That was a relief, but it still necessitated a trip to the office so they could try to reprogram the settings. The way this works is that they have a wand-type-thing that I hold against her chest right over the implanted Loop Recorder, and it basically works like Bluetooth and allows them to download extra data, monitor her heart in real-time, and adjust the settings. Easy peasy! What wasn't easy peasy was getting the settings to work how the doctor needed them to. He showed me how it was ticking off each heartbeat, but it was also ticking off places it thought it saw "beats" in between the actual beats. He's guessing that the ablation in Chicago altered how electricity moves through her heart in some way, which was causing it not to work with the current settings. He might have also mentioned that the way the Loop Recorder has moved a little from the original location might also be related, but I'm not sure if I'm remembering that correctly.


The tricky part was that if he changed the settings to get it to ignore what it was seeing as fake "beats," it was hard to program it in such a way that it wouldn't also ignore overly slow rhythms, which is a bigger concern with her than overly fast rhytms. He got it to where he thinks it's our best bet for it to work correctly, but he didn't seem super optimistic that it really would solve the problem. We're going to give it a couple of weeks and see how it goes.

Ramona seems to be doing great, though! She still hasn't had any observable "spells" like she's had in the past, and she hasn't had any auto-recordings that were actually trouble. She's becoming increasingly independent, adventurous, talkative, and mobile! She's sooooo close to just taking off walking. She's really getting very good at it, it just usually takes some kind of bribery to get her to actually go for it. Hmm, I guess maybe she's just getting smarter than us, too...

And don't think that a short update means that there is a shortage of pictures... 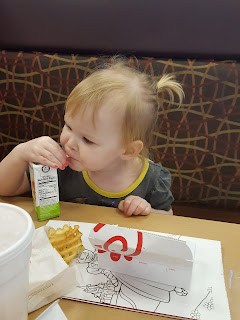 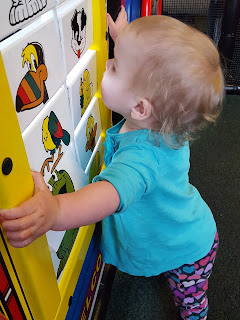 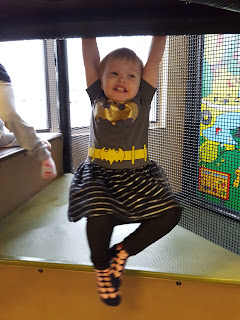 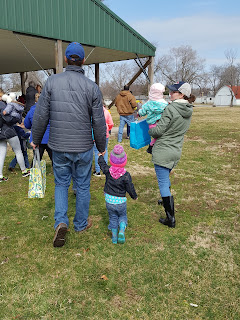 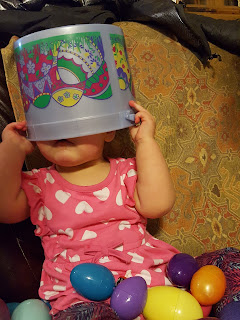