Hello again! I'm always glad when these updates are a spread out, because it usually means we've had a quiet couple of months between appointments. We've enjoyed saying "goodbye" to winter and FINALLY welcoming some beautiful weather!

Ramona had her three-month check-up with her Cardiologist last week. We talked about the appointment ahead of time and played "doctor's office" to practice. We always start with the echo at these appointments, and she did great with it this time. She sat on my lap and watched cartoons. Then they brought in the blood pressure cuff and she started crying as soon as she saw it. It must squeeze her arm too tight and hurt her given how much she hates it. Once that was done, she cheered right back up and knew exactly what to do to get weighed and measured.


She had been so worked up when they took her blood pressure that it read much higher than it should be, so they had to try to do it again. They did the second one manually, and Ramona was nervous, but she didn't melt down like she had the first time (I think because it looked and felt different from the machine they usually use). As they were doing it, Ramona started to get worried, but then it was done before she started to cry. When they took the cuff off, Ramona gasped and said "Me did it!" as if she couldn't believe she'd done it. 😂 She was so proud of herself. She also got an EKG, which she did great with.


Unfortunately, the doctor is seeing some changes in Ramona's heart. She was concerned that it might be getting slightly thicker, but, more significantly, she is seeing a higher speed/force of the blood flow as it's leaving her heart. The inner walls of the ventricle now touch when her heart contracts, which seems to be the source of the change in flow. Interestingly, it also changes the sound of her heart murmur. We don't think we need to do anything about it quite yet, but if it continues to progress as it has in the last 3 months, we would probably need to talk about some serious stuff at her next appointment. On a happier note, the doctor let Ramona and Daisy both listen to their own hearts with a real stethoscope, which was pretty exciting for them!


Ramona's doctor decided that, given the changes she saw, we should go ahead and get a new chest x-ray and some blood work done. She hasn't had either of these done in over a year, so we needed to check for changes there and also have more recent info to compare to down the road. We talked to Ramona about what the Xray would be like (we didn't mention the blood draw 😬), and she seemed okay with it. I, on the other hand, was a nervous wreck. She generally did not have good luck with blood draws and IVs when she was in the hospital last year, and I was not looking forward to that crap show again.


But, in the end, she did AMAZING with both of these tests. The pic above is of her getting the X-ray. She was so brave, and did exactly what they asked her to do. (Her aunts had wrapped a couple little presents for her to bring, which she was pretty excited about, so I think that helped.) For the blood draw, she was nervous, but when they poked her she just frowned a big sad frown. That was it. They got it on the first try and it was done in no time! No tears and no fighting. 😲 She was seriously amazing. She was so proud of herself again, and they loaded her up with stickers and a sucker, which she was pretty pumped about.

When she told everyone about her appointment later that day, she would describe it by saying "Get a poke" and holding her arm where it was poked, then touching her chest and saying, "Take a picture, thump-thump, thump-thump." She always describes the doctor using a stethoscope as "thump-thump," too. It's pretty cute.

Anyway, the results of the additional tests were reassuring. The X-ray showed that her heart is certainly enlarged, but it's not different than it was a year ago. What they were looking at in her blood (BNP) still wasn't normal, but actually showed improvement from the last time it was tested, so we're okay with that. Our next appointment is currently scheduled for August, so hopefully we can lie low until then.

Even though speed/force of the blood moving though her heart is concerning, her overall heart function is still very good. And, her quality of life is excellent, which is such a gift. As you'll see in the pictures below, she's silly, adventurous, and SO happy. It's such a blessing to be able to see her live so fully from day to day.

PRAYER REQUESTS:
- Thanks that she did so well with her extra tests and that it wasn't traumatic
- Thanks for everyone at the doctor's office - they're SO good and sweet with her
- Thanks for the fullness of her life
- For her heart not to get worse between now and her next appointment in August
- For an uneventful summer
- For her heart to be healed

Thank you for continuing to pray for her! And here are some of her recent adventures: 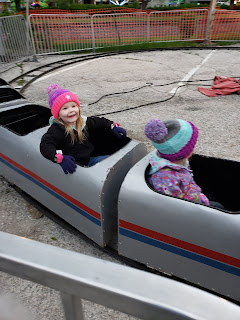 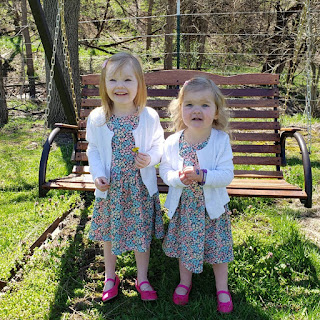 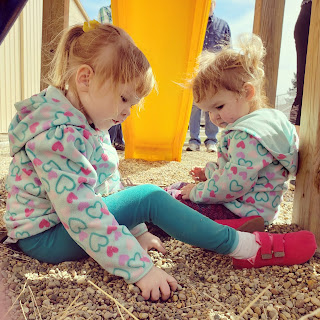