Update and Notes From Nathan


Hi again! Just checking in with another update, and then we'll feature special guest author/cute husband, Nathan! And lots of pictures, as per usual.

***In the time between when I started writing this and when I'm actually posting it, we've had a slight change of plans. So, I'm leaving the original post as is and the "***" toward the bottom will be the update. The update update, that is. :)

We were supposed to go to the Cardiologist on the 29th, but we ended up going a week early on the 21st. Ramona had started sweating again the previous week, so we called on the 20th to see if we needed to change the dose for her medicine, and they asked if we could bring her in the next day. In case you don't remember (it's been a while, I know), at our last appointment in August they didn't do an echo since everything seemed the same, so they wanted to go ahead and get another look at her heart right away instead of waiting until the end of the month. We were also supposed to get an echo for Daisy on the 29th as well, and they said they could go ahead and do that on the 21st, too.

We had a bit of a hiccup with our insurance that morning, but after 5 or 6 phone calls it was all worked out by the time our appointment started. We started with Ramona's echo, and she was a little feisty at first (she always wants to play with the wires), but soon settled down and was a champ, as usual. She and Daisy had both started to get colds the night before, so we'll chalk up what comes next to just not feeling very good. Because, next it was Daisy's turn, and holy mother of meltdowns. She did NOT want to get an echo. She's two, so we're already in tantrum territory, but this was a new chapter in that book. She's was all-out SCREAMING, flailing, kicking, spitting, smacking, and wailing. The poor echo tech, an older gentleman, was so nice, but Daisy just wouldn't have it. I tried to take her shirt off and she grabbed it with an iron grip (seriously, is someone taking her to the gym??? How can tiny arms be so strong???) and yelled "DO NOT TAKE MY SHIRT OFF! I NOT DO IT!"

We'd talked about it before hand, she's seen Ramona do it half a dozen times, and they even had one of her favorite cartoons playing, but it didn't matter. I finally had to sit behind her so I could hold her legs with my legs and pin her arms down. It was one of those things that was so sad and so funny at the same time. Poor girl. Then I had the idea that I should have had in the first place. I offered her a cookie. She instantly stopped screaming to mumble a sniffling ".....what?" I told her she could pick a cookie or a candy when we were done with our doctor visits. She picked a cookie. With chocolate chips. And then watched Sofia the First for a few minutes until her echo was done. Phew.

But our day wan't over yet! We went down to see the cardiologist when we were done with the echocardiograms. They took Ramona's blood pressure and pulse/oxygen, which went well, as it always does, and then Daisy got to do her meltdown thing again. She was screaming too loud to hear me remind her about the upcoming cookie. It was impossible to get a good blood pressure reading, but they managed to get the others done.

The doctor came in next with a couple of med students to listen to both girl's hearts. Daisy was okay with the stethoscope, possibly because they do that at her regular doctor appointments? Or because we have a toy one at home? Who knows. Everything is nonsense with toddlers. Anyway, we were so unbelievably excited/relieved/happy to hear that Daisy's heart looks perfectly normal! We're still waiting for genetic test results just to make sure we don't have to worry about it in the future, but this was wonderful news! We also learned that Ramona's heart still looks the same, which we also consider to be great news! Thank you for praying for our girls! They increased Ramona's medicine again to help control her heart rate, which in turn decreases her sweating. She's a pretty happy girl most of the time, so hopefully that means that she generally feels good.

So, all in all, it was a great day. We still have a lot of uncertainty about the future, but I think we'll just always feel that way to some extent. Our next scheduled appointment is December 21 (3 months away!!!!!) so hopefully things go smoothly and we don't have to go back until then. It's encouraging that her heart hasn't changed in the last 3 months (though it feels like it's been soooooo much longer than that since she was diagnosed - like, years longer). We do expect that her sweating will come back between now and then as she continues to grow, but the doctor was optimistic that we might able to just call and get her medicine adjusted over the phone instead of having to take her in, as long as there are no other changes or concerns.

And, to keep our promise, we headed to Chick-Fil-A (aka - the most delicious place on earth) to get that sister a cookie with chocolate chips. Then she played in the playland for almost an hour on a sugar high.


***The Update Update*** Aaand the "no other concerns" thing was short lived. Usually when Ramona starts sweating, it's an indication that her beta blocker is slacking on the job, so they increase the dose based on her weight gain and that takes care of it. This time, after several days on the updated dose, she is still sweating. We called the cardiologist and she said there was room to increase her dose a little bit more, so we've raised that and are praying that this takes care of it without having to do anything else. We're also scheduled to go in on November 1st instead of waiting until December. If the beta blocker still doesn't fully kick in with this new dose I expect we might have to go even sooner than that. On top of that, Ramona has also had a little bit of a cold on and off, but is still eating well and staying active, which is good. Poor Daisy was sick on and off last week, too, but she's had a much crummier deal than Ramona, so we're hoping she hasn't shared it with little sister. This concludes the update update.

Nathan has some things he wants to add, and then I'll smother you with pictures and sprinkle some prayer requests on top.

NOTES FROM NATHAN:
So I am not very good at this but I first just wanted to thank everyone so much for all the prayers and encouraging letters. Every time something bad or difficult has happened God has shown himself to us, reminding us of several things, that we have no control but that he is taking care of us. The first month it seemed Ramona would not take the medicine and "randomly" she starts and it makes life so much easier for us. Then some bills came in, we have insurance but almost immediately we have been blessed and have covered them. A couple weeks ago I opened a letter knowing it would be a bill from the last visit, the very next letter is from a family member that had enclosed almost the exact amount in to cover that bill. I can't forget that and I don't want to. I say it not to ask for money for the bills but to show that God is do some really awesome things. This happening to our family has been difficult and stressful at times but He is using it for something special and I want to make sure everyone can see this. Again, I want to thank everyone for their prayers and encouraging letters. We truly have a great God who takes care of us. It is easy to forget that we need him and that he is there for us.

IT'S ME AGAIN. I'll go ahead and share some prayer requests first so you can bail out here if you don't want to see a whole bunch of super cute pictures. :) Please include the following if you lift us up in prayer:

- That Daisy won't have the Gene.
- That Ramona's medicine will continue to manage her symptoms.
- That she'll continue to take her medicine easily (she's been feisty about it again the last few days).
- That both girls will get over their sicknesses, stay healthy, and that Ramona won't get the crud that Daisy had.
- That we don't let stress make us cranky.
- That Ramona's heart will be healed.

We so very much appreciate your continued prayers! And here are some more pictures! Can't stop, won't stop. 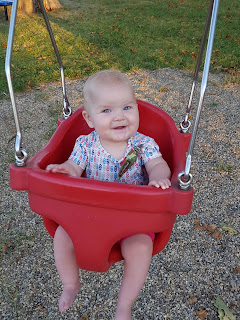 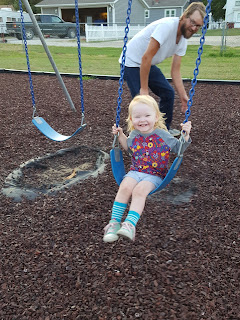 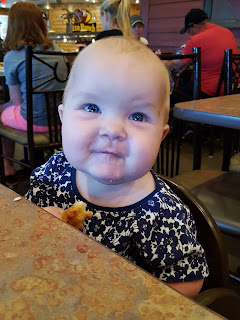 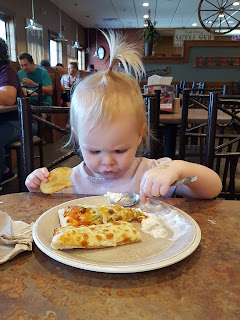 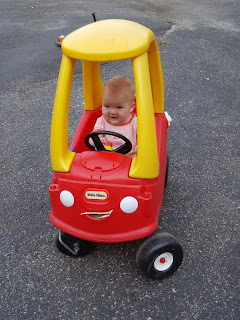