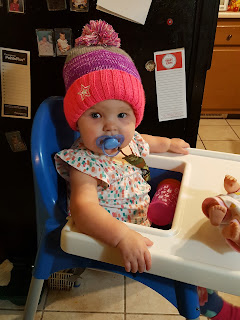 Look at that face. I just can't get enough of it. 💗

Well, we're 2 months behind on updates, so I'm going to try to recap everything that's been going on without taking up too much of your time. Good thing "brief and to-the-point" is one of my specialties. ;-)

We had an appointment in October to follow up with the medicine issue we had after the previous appointment, and it turned out we had scheduled it perfectly, because Ramona gave us a bit of a scare the Sunday before. Although, to be fair, everything even slightly outside of "smiling and waiving" kind of freaks me out. This time it was just weird. It only lasted a few seconds, but it wasn't something that had happened before. She acted completely normal after that 30 seconds or so, so we decided to just keep the Wednesday appointment rather than trying to go in sooner.


The doctor wasn't too concerned about the Sunday incident, and said it's likely just a regular baby response to a new experience. But, just in case, Sugar Baby got some sweet new gear in the form of a Halter Monitor that she had to wear for 24 hours. There's a good chance that, if something abnormal had happened, monitoring for only 24 hours wouldn't catch another instance of it anyway, but it makes me feel better nonetheless. :) It also doesn't hurt to have her monitored overnight just to make sure her beta blocker isn't slowing her heart down too much when she sleeps. We mailed the monitor back, and a few days later we got a call that everything had been normal (for her). Wonderful news :)


After that, things were going smoothly. We increased her medicine to match her weight again (which we did again-again in early December). She's not crazy about the medicine but *usually* takes it without too much trouble. Luckily, she LOVES the movie Sing, so anytime she's really fighting the medicine I can play it on my phone and and she'll calm down to watch it and take her medicine without any more trouble. That movie is one of the biggest blessings we have received. For realz. It's truly the ONLY way we get her medicine down sometimes.

Here are a couple of special things we've had going on: 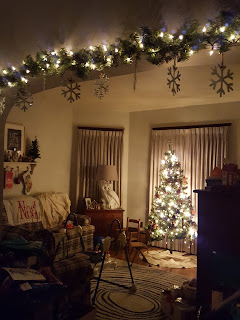 Now let's fast-forward to last week. Ramona has had some sort of icky virus for about a week. We had taken her to the pediatrician when she first started getting sick to get her checked out since we don't know how different sicknesses could affect her. She had been handling it well, until last week when she started breathing really fast for long periods of time. Other than shallow, fast breathing and being a little more fussy/sleepy than usual, she acted like she felt fine, but the breathing was very worrisome. We took her back to the pediatrician, and they said it was probably still just a virus, but there was a chance she might be getting pneumonia. They said they would normally give a steroid and a breathing treatment in this situation, but a steroid would probably make her heart muscle grow (um, yikes) and a breathing treatment would increase her heart rate (also not great, since her heart can't fill sufficiently when it beats faster). They gave her a little bit of a breathing treatment (because, you know, she has to be able to breath. Thankfully she didn't have any trouble from it.) and sent us to get a chest x-ray while they contacted her cardiologist to see what they should do.

By the time the x-ray was done, the cardiologist told the pediatrician to send us to the ER as OSF so that a cardiologist there could see her ASAP. As I said before, we just don't know how anything outside the norm might affect her, so we always have to be cautious. We stopped at home to grab a change of clothes on the way thinking there was a good chance we were going to be admitted. All of the doctors we saw in the ER said that she looked great other than her breathing, and the cardiologist there said that she seemed to be doing well heart-wise. There was no sign of pneumonia on the x-ray, which was great. But, we had to be cautious, so it was best to admit her so they could monitor her overnight and keep an eye on her heart and breathing.

Her oxygen/heart rate/etc all stayed stable over night, so luckily we only had a one-night stay and we were able to head home at lunch time. We stopped at Chick-fil-a for lunch (it's nice Nathan lets me pick the same place every single time 😊), and were home in time for Nathan to go to Cora's graduation party that night.

Here's an interesting thing, we were under the impression that it was unusual for someone as young as Ramona to have a heart like hers, but we only guessed that because of how interested doctors have been in her. When we were admitted, one of the general hospital pediatricians came to see her and said that she has seen Hypertrophic Cardiomyopathy before, but it's always been in teenagers, never in a baby. I think that's part of why we have to be so cautious with everything; it's just hard to know what to do with her.

We've been home for a few days, and her breathing has been MUCH better. She's got a bit of a cough, but otherwise doing well. She's one tough cookie. One of the doctors at the ER said, "She's one that we worry about. Any little thing could easily put her behind the 8 ball." So, if you see us out and about and you're feeling under-the-weather, please stay away from us! :) We've got the impossible task of keeping a child from getting sick during the winter. May the odds be ever in our favor.

We go to our regular Cardiologist on Thursday for a check-up to make sure all is well before we head south to visit grandma after Christmas. Ramona's also been kind of sweaty the last couple of days, so we'll check to see if her medicine needs adjusted again already.

Prayer Requests:
- Thanks that her virus hasn't caused any real trouble
- Thanks for our doctors
- That she won't get sick anymore this winter!
- Safe travel to visit grandma after Christmas (and that she doesn't pick up any illnesses during travel)
- For her medicine to continue to manage her symptoms and for her to take it well
- For her heart to be healed

And, of course, a few extra pictures: 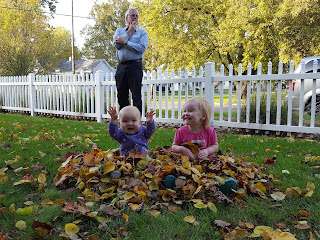 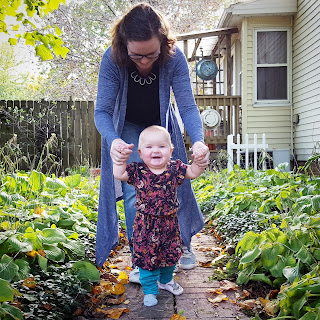 And finally, in other news, I'm closing up my LuLaRoe shop. I just don't have the time for it with everything else we have going on. And I'm mad at them anyway. But that's it's own story. If you want some LuLa on the cheap, everything is 50% off in my facebook group today and tomorrow! (12/19-12/20) 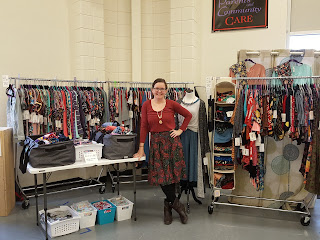 Wishing you lots of love and hope this Christmas season!

Glory to God in the highest
and on earth peace,
goodwill toward men!
Luke 2:14