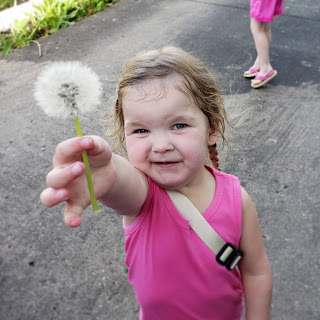 Happy Summer! It's been a crazy but good few months. Ramona's appointment that was scheduled for the spring was postponed a few times due to Covid, but she finally had an in-person check up in June. She'd been doing really well, but I just like the peace of mind of seeing that her heart is doing as well as it seems to be from the outside. I was worried she would get scared at her appointment (she hadn't been to the doctor in 6 months due to postponed visits!), but it was no problem at all.
Everything still looks the same, which always counts as a win in our book! She's definitely not a fan of the summer heat, and she'll tell us when she needs to rest or "get some air" (meaning air conditioning) when we're outside, so we were wondering if that was indicative of some kind of change, but thankfully it was not. It's probably just due to the fact that she's so much more active than she was when she was littler. She loves to run and climb!
Ramona did everything "by herself" (not sitting on my lap) at her appointment this time. 😲 The nurse kindly used the manual blood pressure thingy (to use the medical term), which made this our first no-tears appointment in quite some time! Here are some pictures of this big brave girl:


All in all, a great check-up! Ramona was super excited to see the doctor, whom she adores. Every time a door opened she would gasp and say "I think that's doctor Albaro!" 😂 Ramona still has her loop recorder to monitor for irregular heart rhythms, and we're going on almost 2.5 years of zero irregularities! Woo-hoo! Since she's been doing so well (and since we ended up having 6 months between the last two appointments anyway), we're going to try switching to appointments every 6 months instead of every 3, which means we don't go back until after Christmas! Of course, if we have any concerns or if anything comes up on her monitor we'll go in sooner, but here's hoping things continue to go as well as they have so far. 😊
PRAYER REQUESTS:
- For Ramona to continue to thrive! She's having such a great summer (even though we're mostly just at home)
- For her heart to be healed
- For her (and all of us, and all of you!) to stay healthy!
Thank you!!!
PICTURES:
It's hard to sum up 6 months in a few pictures! 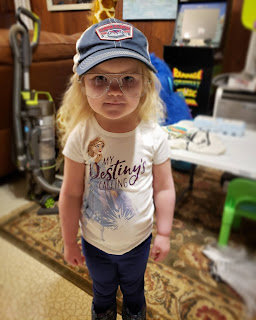