Hi there! This update covers several odds and ends from the last few months, but the overall report is that Ramona is doing great. 😊 This update is also several weeks past due, but that's because we added a baby brother to our lineup in January!

Ramona had her heart appointment in January, and we're thankful to report that things are still stable for her. The wonderful nurse that keeps track of the readings from Ramona's loop recorder noted that she has been having some pauses in her heart rate when she's sleeping, but they aren't anything that would be considered dangerous (anything less that 3 seconds long isn't considered dangerous). It's considered normal for that to happen to anyone when they're sleeping, however, since she has the loop recorder, we can see that it has been happening to her more frequently, so she was referred to a pulmonologist just in case it could be an indication of sleep apnea. She doesn't have any other symptoms that would indicate that she has sleep apnea, so we're hopeful (and praying!) that she doesn't have it. She's scheduled for a sleep study next month to look into it. She is actually excited about it because her daddy will get to sleep there with her, and she gets to have a breakfast date with him the next morning. 😂
The other thing we talked about at her appointment is that her loop recorder is at the end of its 3 year life span. (I can't believe it's been 3 years already!) I get a lot of peace of mind between appointments from knowing they can sort of keep an eye on her from afar with the loop recorder, and her doctor shared the same sentiment, so it sounds like we'll probably be able replace it with a new one when the current one is removed. We've got an appointment with both her regular cardiologist and the electrophysiologist (who actually does those kinds of procedures) next month to discuss it more and make a plan.

In unrelated medical news, Ramona was having some foot problems that we were referred to a podiatrist for (this girl has more appointments and doctors than the rest of our family combined!). Thankfully, the issue was short lived and hopefully shouldn't be something we need to worry about in the future. The most notable part of that whole thing was that she had to get an x-ray of her foot. If you recall, she does NOT have good memories of her most recent chest x-ray, so I wasn't looking forward to this one. She ended up having a HUGE meltdown when it was time for the x-ray, even though I had bribed her with a cake-pop when she was done. I also bribed her with a toy when we couldn't even get her on the x-ray table (no apologies and no regrets - I do what I need to do for a scared girl with more appointments than a kid should have), and that did the trick. She was so brave and ended up being fascinated by the light and huge camera when she calmed down. The person doing the x-ray gave her a little teddy bear when she was done, and I asked her if we still needed to go to Walmart or if we could just get a cake pop since she had a nice new bear, and she chuckled and said "let's go to the store." 😂

Baby brother had an echo and extra sonograms before he was born to check out his heart (everything looked good), and he had his first post-birth echo in January. Everything still looks perfect, and he slept through the whole thing. He's having genetic testing done to see if we need to worry about anything popping up in the future, so we'll have an update on that later.

I think that's everything for now. Ramona is still happy, active, and hilarious, and both girls love having their brother around. 😊 Oh, and we just had the 3 year anniversary of when we were able to come home from Lurie Children's hospital! It's hard to believe it's been that long, and wonderful to look back at how great things have been for her since then. Such a blessed 3 years. We're so thankful for all of the time she's had to just be a kid, which is such a blessing given her condition.
PRAYER REQUESTS:
- Ramona to continue to thrive, and her heart to continue to do its job well
- Thanks for how well she has been doing for so long
- Continued wisdom and skill for her doctors & nurses (we're so thankful for them!)
- Planning and preparation for removing/replacing her loop recorder
- Her upcoming sleep study - both the study itself and the results (no sleep apnea!
- Thanks that her foot issue wasn't a major problem
- Peace of mind and good results regarding baby brother's heart
- Thanks for the blessing of a new baby!
Thank you for praying for our sweet Ramona and our family! We are thankful for you!
MORE PICTURES: 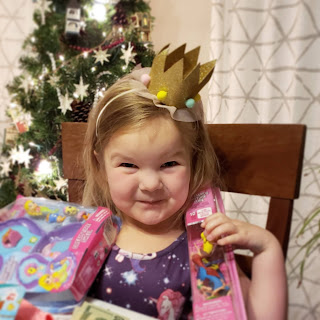 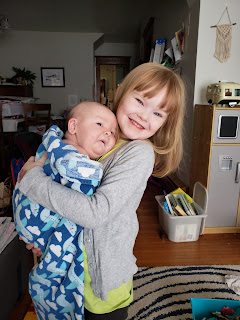 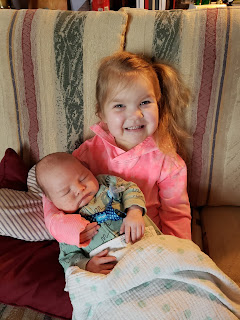