Hi there! I keep meaning to post an update with the results of all the things we were waiting for after my last post, and I've somehow let nearly a year slip by without turning those intentions into action. *facepalm* At long last, here you go!

Ramona had her sleep study last spring. The study itself was...chaos? But, the results were just what we were praying for - no sleep apnea! Thank you God! Nathan stayed with Ramona for the overnight study since I had a nursing baby. Ramona did not enjoy having all of these sensors stuck all over her, and then they tried to put a sensor INSIDE each nostril. She was (understandably) having absolutely none of that. They tried to sneak them in after she was asleep, but that wasn't going to happen either. Nathan said she also woke up a couple of times and tried to rip all of the other sensors off. When he told me all of this the next morning, I was so worried we were going to have to do the whole crummy thing again, but, thankfully, they were able to get everything they needed. We are so thankful for only having to do this once and for the good results!

With regard to her loop recorder, the battery in it ended up lasting until almost Christmas! Her nurse said that was the longest she had ever seen one last. We were so thankful that we had her loop recorder and that it enabled us to get to the bottom of the scary symptoms she was having (waaaay back when she was at Lurie's for her transplant evaluation). We're also thankful that, once those problems were resolved, nothing else concerning came up the rest of the time the device was working. We will need to get the loop recorder removed at some point, so we'll probably address that at her next appointment.

Speaking of appointments, at her appointment in September, her doctor said that we could try spacing out her appointments to every 6 months since she has been so stable for so long. We've always had appointments every 3 months until now. It's good to know that the doctor feels confident enough to space them out. Buuuuut it's been an adjustment for me, because it turns out I really like getting that regular confirmation that everything is still okay in there. 😅 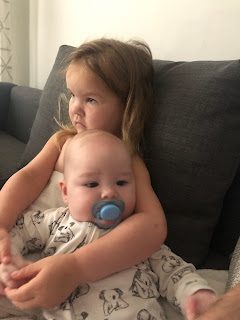 Baby brother just had his first birthday and is positively bursting with energy and adventure. He had a couple of echoes and other testing done in the first couple of months after he was born, and they came back perfectly perfect, as we expected. He does not have the gene mutation Ramona has that is known to be tied to HCM, so we expected that his heart would be normal. Since Ramona's HCM was soooo severe at such a young age, the doctors suggested (and we agreed) it wouldn't hurt to be extra cautious and make sure everything was okay.

I *think* that ties up the loose ends from last time. 😊 She's had a great year all around. She got to be in her first dance recital, started homeschooling and attending Classical Conversation, and continues to love playing with her dollhouse toys and legos.

Her next appointment is in March, and we're praying for another good report. Ramona has already adamantly (and loudly) told me that she is not going to her appointment because she is NEVER doing a squeezy (blood pressure) again. That was discouraging, because everything went SO WELL at her appointment in September. The nurse was wonderful, and Ramona (though she was nervous) didn't fight or cry at all when she took her BP. Ramona even acknowledged that it didn't hurt afterwards (which is what she's always afraid of). She was terrified of the blood pressure machine when she was little because it squeezed so tight, and, even though the nurses do her blood pressure manually now, we've just never been able to get past that fear. Even with good experiences like her most recent appointment. *sigh* She is such a brave girl and has done so many things that no kid should have to do. Please pray that she'll be able to get over this mental obstacle. She was so little when that originally happened that I don't think she remembers it actually hurting, but the fear from it left such a strong imprint on her.

PRAYER REQUESTS:
- That Ramona will not be so scared of having her blood pressure taken (and that I know what to do to help her better)
- That her heart will be healed
- Thanks for good test results a great year!
And, of course, some extra pictures. I am what I am. 😊 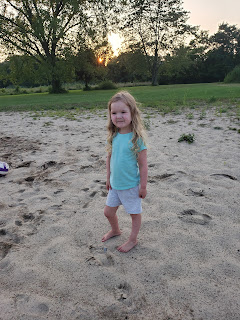 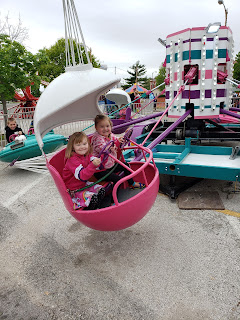 "My flesh and my heart may fail,

but God is the strenth of my heart and my portion forever."

in the land of the living."